Rust and his transfer

Detective Rust is being transferred to a new station across the country and has a limited relocation bonus to get him there. In addition to the relocation bonus, he is entitled to one additional luxury taxi ride between any two cities en route his destination. He may or may not choose to travel by the taxi.

Rust wonders about the most optimal way (in terms of time of cost) of traveling from his originating station C to his new station D with or without using his entitled taxi ride. The intercity map is given as a graph with A nodes (labeled from 1 to A). There are undirected edges between each of the given nodes with two costs; one denotes the cost of a path using Rust’s own mode of travel, and the other denotes the cost of a taxi between a pair of cities.

Help Rust minimize the cost of his move! 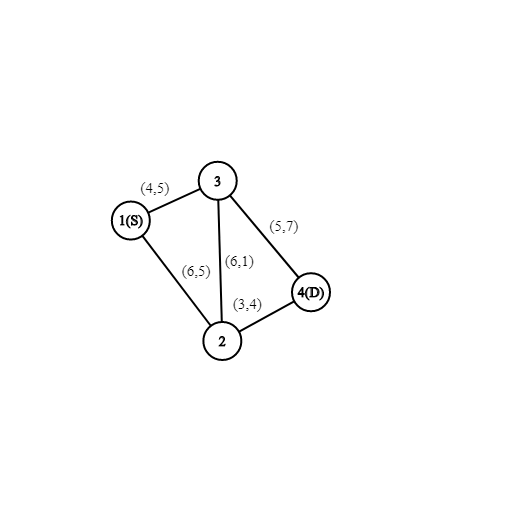