Technology has infiltrated every aspect of our lives, changing how we work, how we learn, and how we interact with each other. Every website that we encounter today has been built by a web developer – but who is a web developer? Simply put, a web developer is a programmer who specializes in the development of World Wide Web applications using a client-server model. The main goal of a web developer is to create a website with the best user experience possible.

Today with everything being dependent on the web and an easier learning curve, web development has become a popular choice amongst new developers. According to the US Bureau of Labor Statistics, the employment of Web developers in the US is projected to grow 27% from 2014 to 2024, which is much faster than the average for all occupations.

There are three main types of web development – front end, back end, and full stack. The front end developer deals with what the user sees i.e. the visuals. And the back end is all logic that makes things happen.

Salary has always been the most important aspect while choosing a career. The more experienced a developer is, the better salary he will earn. Front end developer salary in India is also dependent on various factors. So, let’s discuss the average salary, factors affecting it, and what to expect.

According to PayScale, the average front end developer salary in India is around ₹487,700 per year (₹40,600 each month). The average salary can go up to a maximum of ₹1,200,000 per year and come down to as low as ₹260,000 per annum depending on the skills and the experience.

Who is a Front End Developer?

“A front end dev is responsible for the interior design of a house that’s been built by a back-end dev.”

The front end of a website is the part that clients or users interact with. Everything that we see on the internet, including forms, dropdowns, menu, sliders, etc., is a combination of HTML, CSS, and JavaScript. The front end developer is the one who handles its implementation.

A front end developer is a broad role that combines both design and programming. They work on a wide range of problems and layers. These layers include structure, design, content, and functionality. They create an environment that users can easily interact with by bringing the designs to life.

Frontend developers are also responsible for ensuring optimal display across different browsers/devices. They code the website in such a way that makes it adaptive to various screen sizes. It ensures that the user gets the same experience whether they’re visiting the website on mobile, desktop or tablet.

What does a Front End Developer do?

The front end is all about developing better things that users would see first in their web browsers. Although there are some variations across companies, you can generally expect a front end developer to include some or all of the following responsibilities:

What are the Skills Required to be a Front End Developer?

They might also use AJAX (a combination of Javascript and XML), a widely used technique for using Javascript that lets pages load dynamically by downloading server data in the background

In addition to fluency in these languages, front end devs need to be familiar with frameworks like Bootstrap, Foundation, ReactJS, VueJS, AngularJS, and EmberJS, to ensure great-looking content. Many front end developers also use a CSS preprocessor like SASS for faster development.

JQuery used to be preferred by front end developers. But, it has lately lost its significance due to its inability to cope up with the modernization of the browsers. Modern web browsers provide the developers with the capabilities of doing the same work that JQuery can, but more quickly and efficiently.

A front end developer will also interact with and make use of APIs and RESTful services. REST (Representational State Transfer) is a lightweight architecture that makes network communications simpler. It is used to determine how the APIs would look like.

With the rise of people using mobile devices to connect to the internet, it has become essential for websites to be mobile-friendly. As such, most front end developers now create responsive designs or mobile designs for their websites.

What are the Factors that Affect the Front End Developer Salaries in India?

a. Experience – Your skills and knowledge of front end development can land you a job that can pay you well. The more experienced you are, the better is the ability to provide solutions for bugs and hence the salary.

b. Company – The company creates a direct impact on the salary that a front end developer gets in India. The salaries can go to a higher value at top-tier companies, even with less experience. There is a huge growth in the employment of front end developers in MNCs. Many companies and startups also have started creating dedicated positions for front end developers. Even Google has started hiring UX/UI designers.

Let’s see what is the average salary that is offered across various locations throughout India.

d. Skillset – The front end developer salary in India also varies based on the skills that he/she has. Skills in JavaScript are expected to pay around ₹506,000 per annum on average.A React.js (a javascript library) developer can expect to make around ₹589,000 per annum. Whereas, skills like  Cascading Style Sheets (CSS) and HTML5 pay less than the market rate.

The given figures give an approximate idea of what a front end developer can expect to earn in India. These numbers could vary depending on the individual abilities and skills

What are the Front End Developers Salaries in Other Countries?

United States – In the US, a junior front end developer makes up to $105 per annum

United Kingdom – The average front end developer salary in the UK is around $50K per annum.

Germany – The average front end developer salary in Germany is around $57,000 per annum.

How to Prepare for Front End Interviews?

If you are an entry-level developer who’s looking forward to starting a career, ‘Interviews’ may sound intimidating. Interviews for a front end developer can be hard. Each company has its own interviewing strategy and its own desired skill set. Yet, the good news is, there are some common questions that you can expect in most of the interviews. And with proper strategy, you can ace these interviews.

Having a portfolio can be critical to getting hired. Even before the technical screens and take-home assignments, you usually need to get a call with a hiring manager. Your portfolio can get the work done for you. It helps you in showcasing your skills, experiences, and past projects. And it can increase your chances of getting an interview.

b. Prepare a resume –

A resume is generally a one-page document that lists all your  experience and projects. It is one of the first items an employer will look at. Make sure that it is up to date and conveys your skills and experience accurately.

c. Make a profile on GitHub –

Having a good GitHub profile allows you to showcase your projects and involvement in the community. It can also act as a deciding factor in fetching you an interview call.

a. How the web works – This theory is essential to writing web code in both the short term and the long term. It is by far the most basic concept that the companies expect a developer to know.

b. HTML, CSS – During interviews, you can expect questions about the basics of HTML and CSS. You can also expect a hands-on interview where you’ll be asked to realize a design via coding.

Make sure to look over the following concepts.

c. JavaScript – As a front end developer, you are expected to understand JavaScript inside out. Companies will spend a good amount of time during the interview testing your knowledge of Javascript. A lot of the questions will revolve around the following concepts.

Some companies also expect the developers to have a good grasp of data structures and algorithms. This may include linked lists, graphs, trees, hash tables, and common sorting techniques.

Salaries vary widely by skills, experience, and company. And if you are learning high-in-demand technologies, you can easily get an above-average package. Further, considering the perks that go with front end development, we can safely claim that they are paid well.

Which pays more backend or frontend?

Being involved in a more technically complex role, back end developers can expect an average salary higher than that of front end developers. However, both the roles can expect a good amount of negotiation depending upon the skills.

Which is the harder front end or backend?

There’s a general perception that the front end is easier than the back-end. This might be true on a beginner level. In reality, however, mastering either of these two requires a lot of hard work and patience.

Is the front end dying?

After sites like WordPress and Wix, developers might feel that the front end is dying but at the higher level, WordPress fails. This is due to the need for customization, developing reusable components, and creating faster websites.

Web use is increasing around the world and the front end is where humans interact with the web. The world has moved from statically typed web pages to dynamically generated web pages. Dynamic web pages are further expected to move towards decentralization. Thus, no, the front end is not dying but is certainly changing direction.

Here’s How To Become A Java Developer in 2022 – Salary, Resume, and Skills You Need 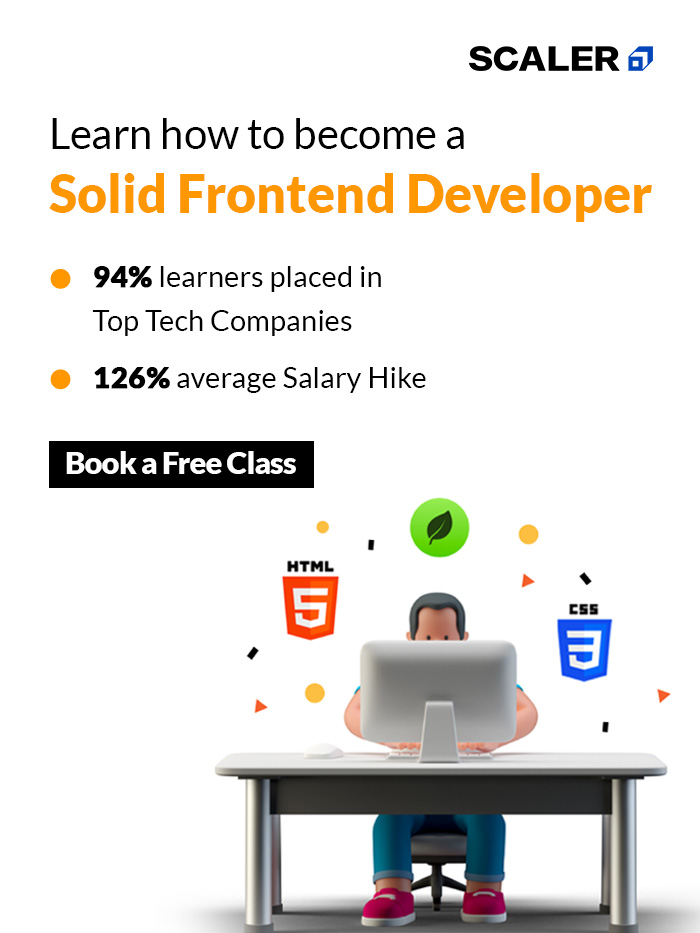