The link fields are also known as “previous” and “next” pointers and store the addresses of the previous and next nodes in the list. And the previous pointer of the very first node, as well as the next pointer of the last node points to a Null value or called a sentinel node.

Insert at the first position: When a new node is inserted at the first position of the doubly linked list, it becomes the new head. Start by creating the node and inserting the data value in it. Next change the pointer references of the old and new head node. The prev pointer of the new node should be pointed to a NULL value, whereas the next pointer should be pointed towards the old head. Similarly, the prev pointers of the old head which was set to NULL should be pointing to the new head. 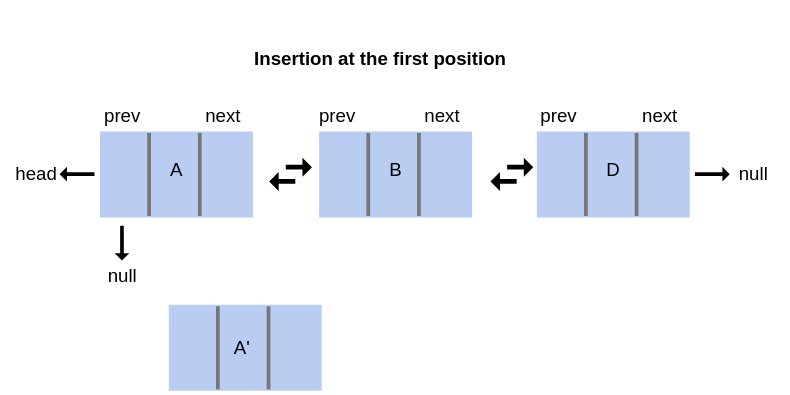 Insert at the end: When a new node is inserted at the last position of the doubly linked list, it requires a couple of changes as the previous last node now becomes the second last node. The next pointer of the previous last node should now be changed from null value and point towards the newly inserted node. The next of the newly inserted last node should now point towards null value and the prev pointer of this very node points to the older last node which is now the second last node. 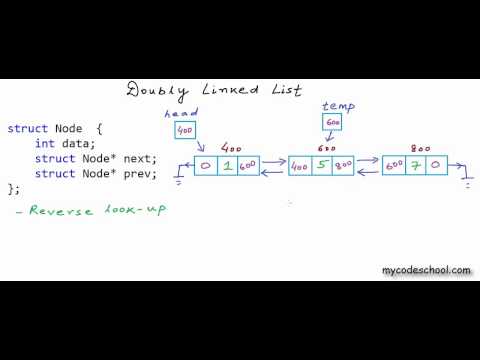