Depth First Search (commonly called as DFS) was first studied in the 19th century by French mathematician Charles Pierre Trémaux as a strategy for solving mazes. It is one of the most commonly preferred algorithms used for traversing or search in tree or graph data structures by using the idea of backtracking. DFS is also known as Depth First Traversal in case we are using the algorithm in tree data structures (Note: A tree is a special kind of graph with no cycles). The algorithm starts at a node of a graph and goes as far as possible in a given path, then backtracks until it finds an unexplored path, and then explores the rest of it. The process is repeatedly followed until all the nodes in the graph are explored.

Most of the concepts in computer science can be visualized and represented in terms of graph data structure. DFS is one such useful algorithm for analysing these problems easily.

Consider the following graph structure where S is the Source node to begin DFS with: 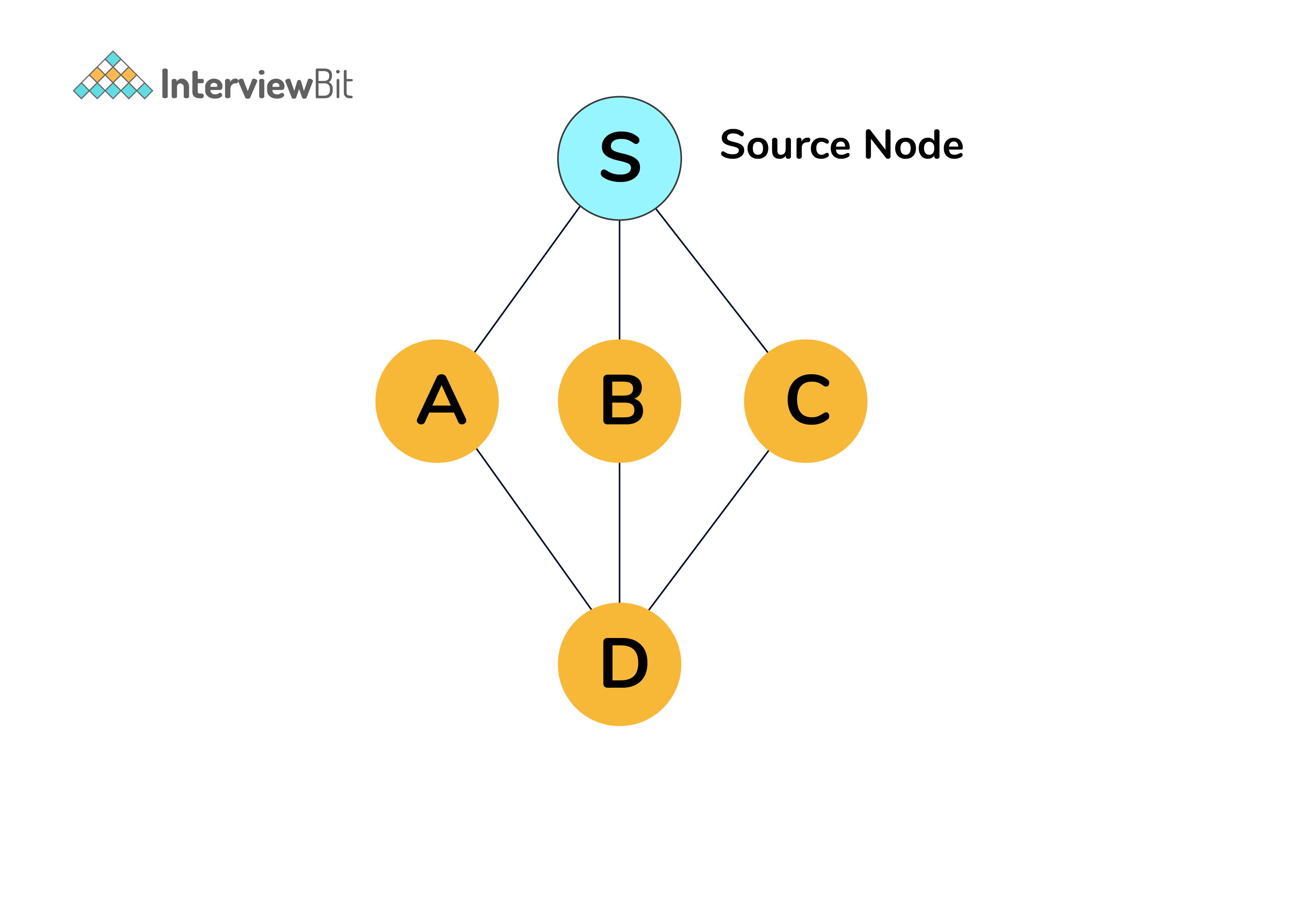 The goal here is to find whether the node E is present in the graph. Just by seeing the graph, we can say that node E is not present. Lets see how DFS works to identify this.

Step 1: We push S to the STACK 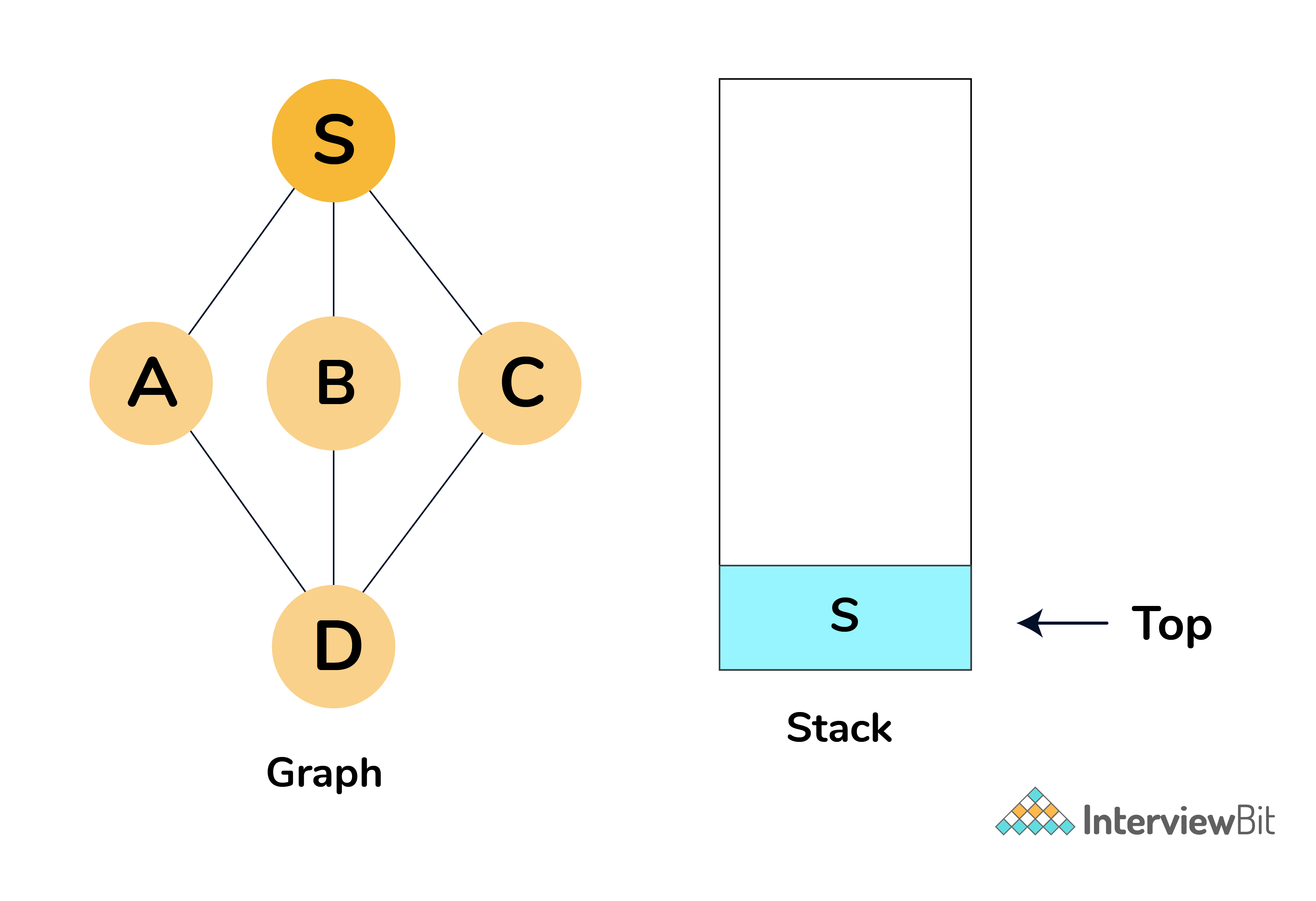 Step 3: While the stack is not empty, repeat the below steps: 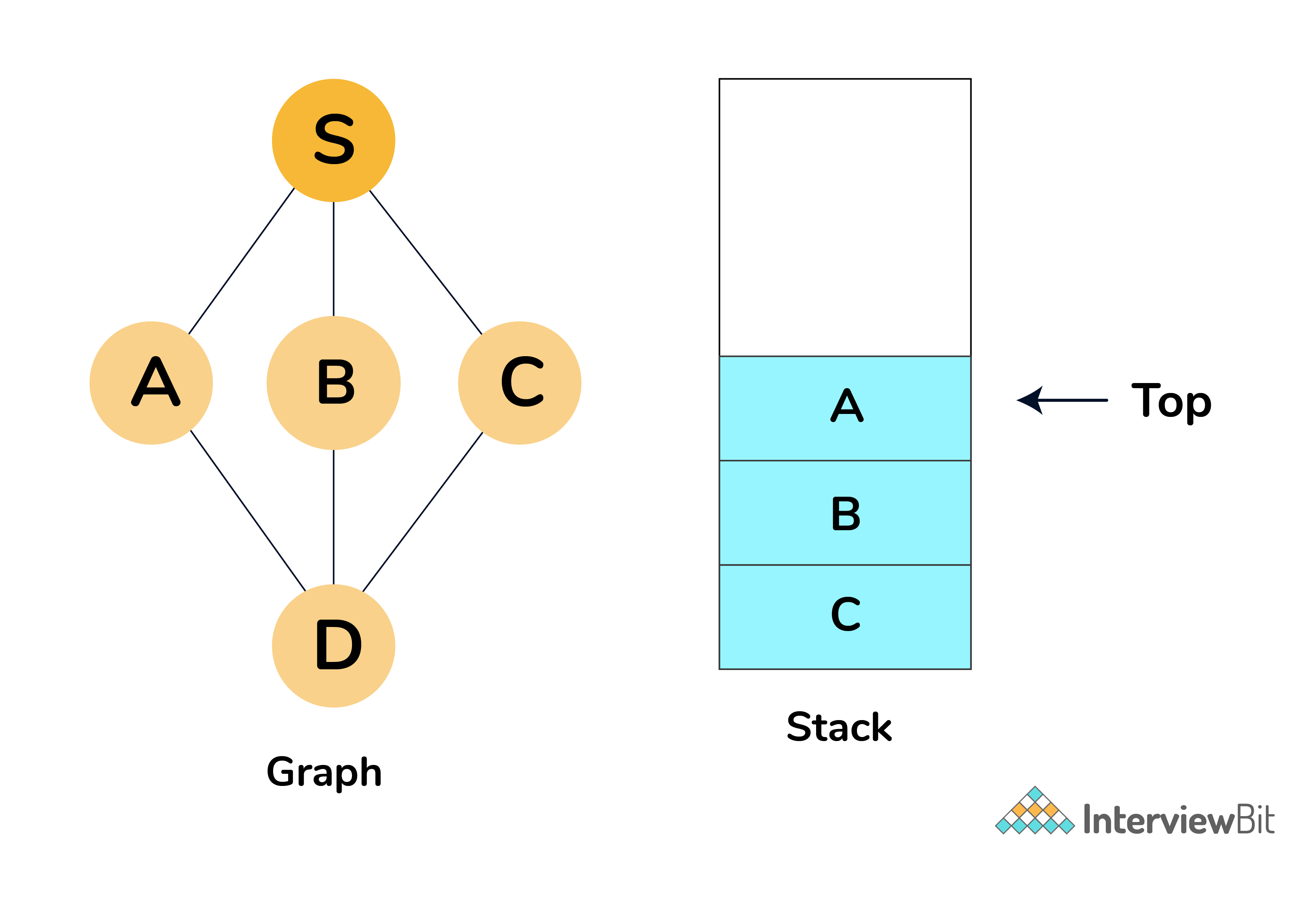 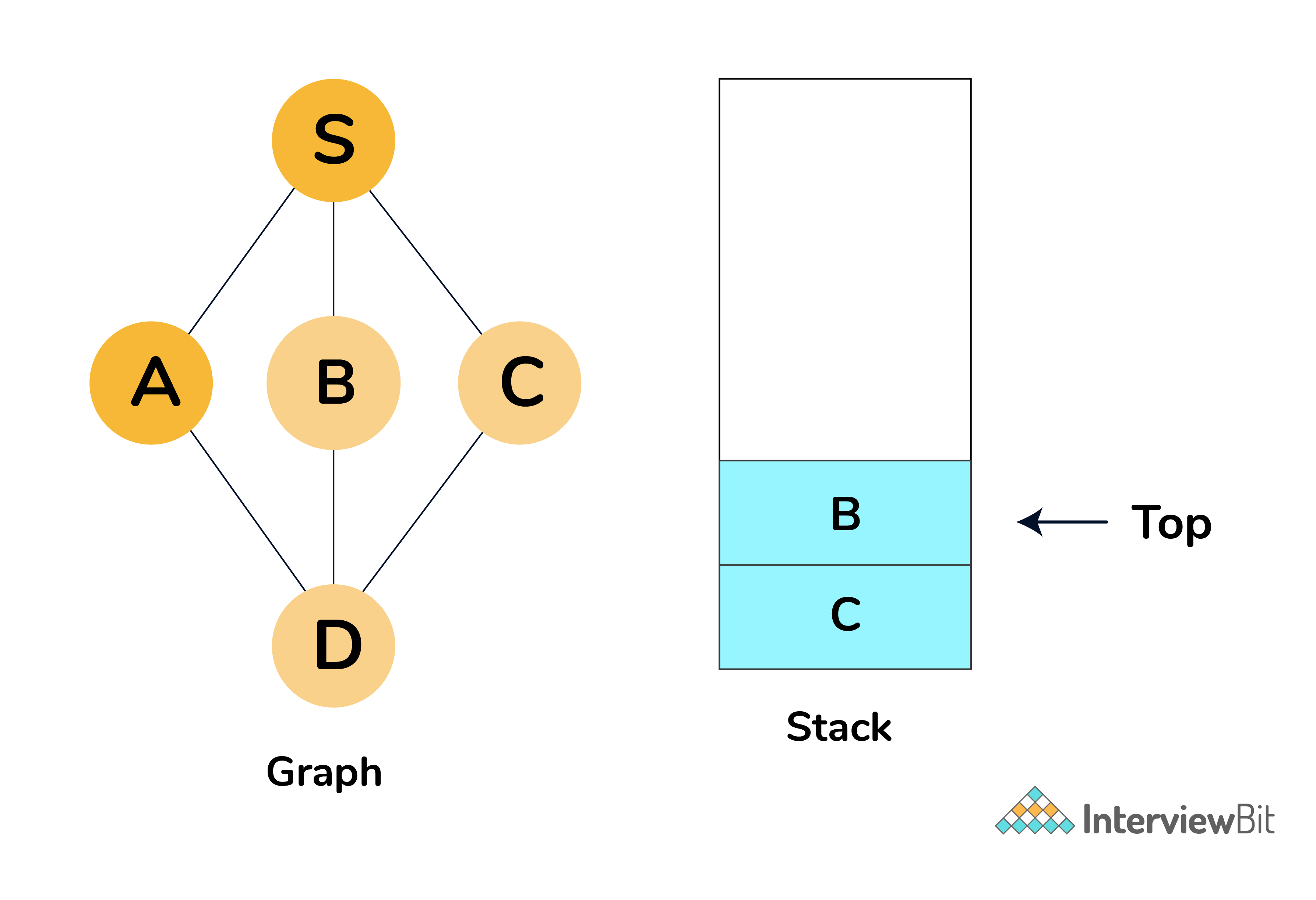 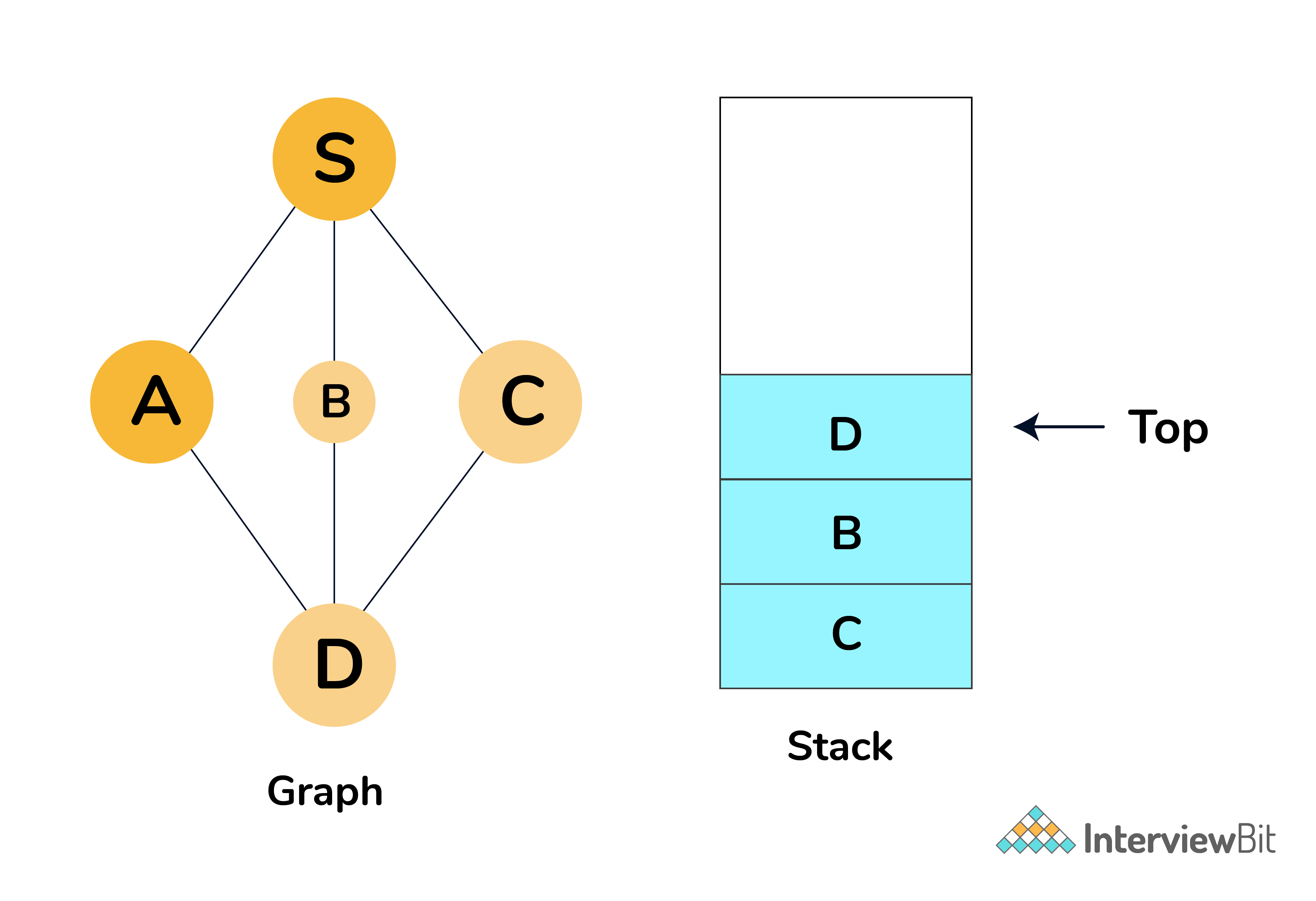 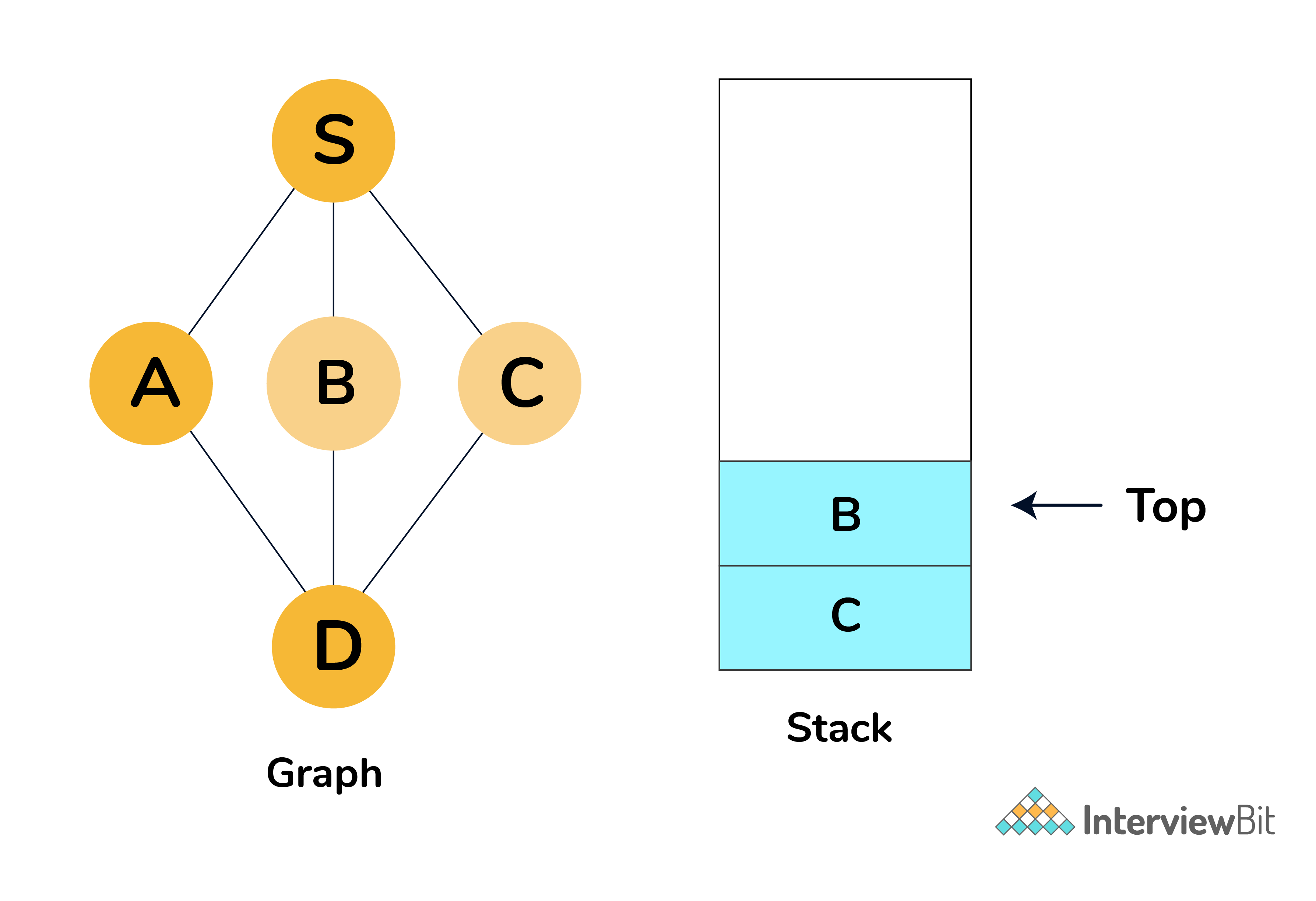 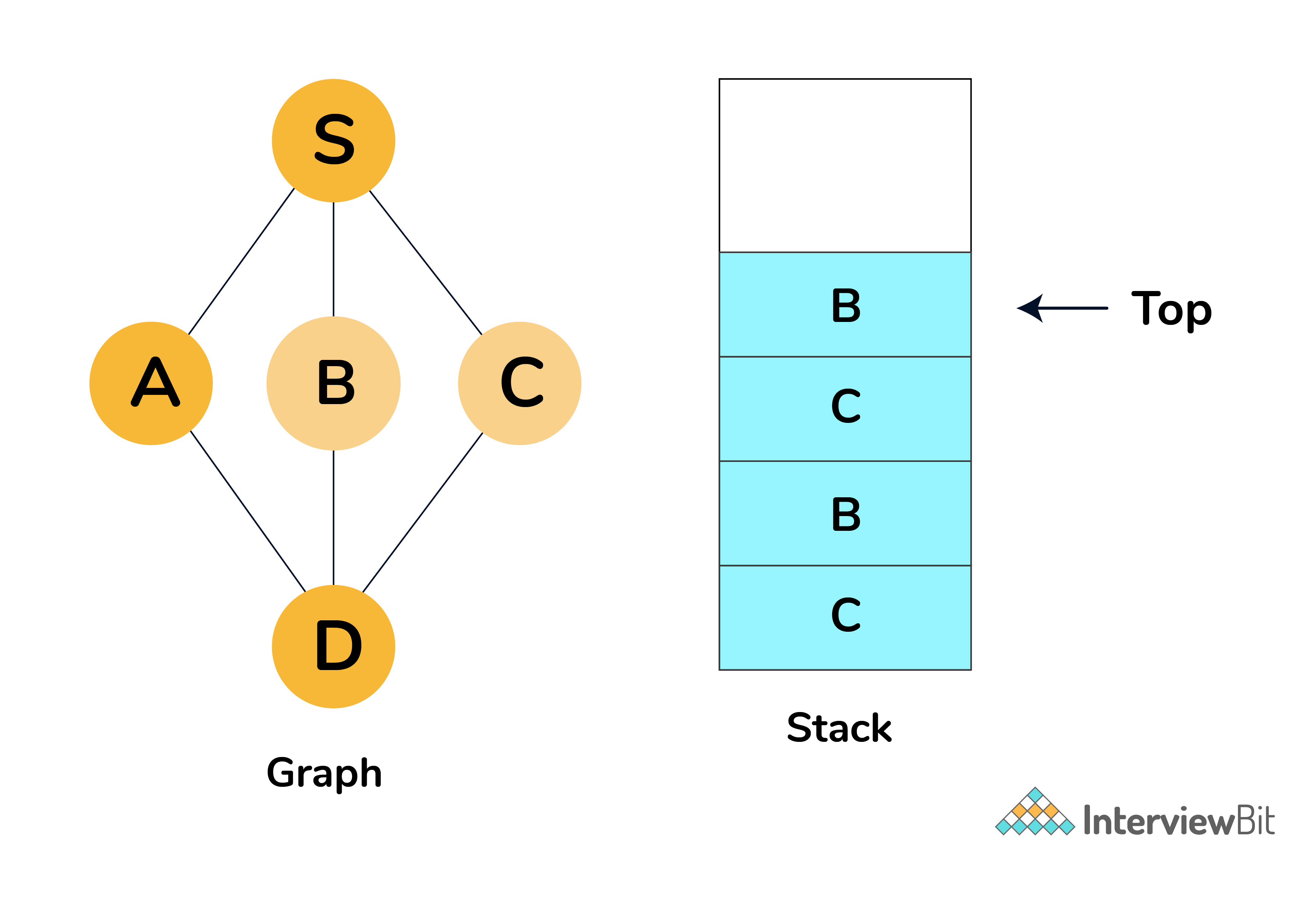 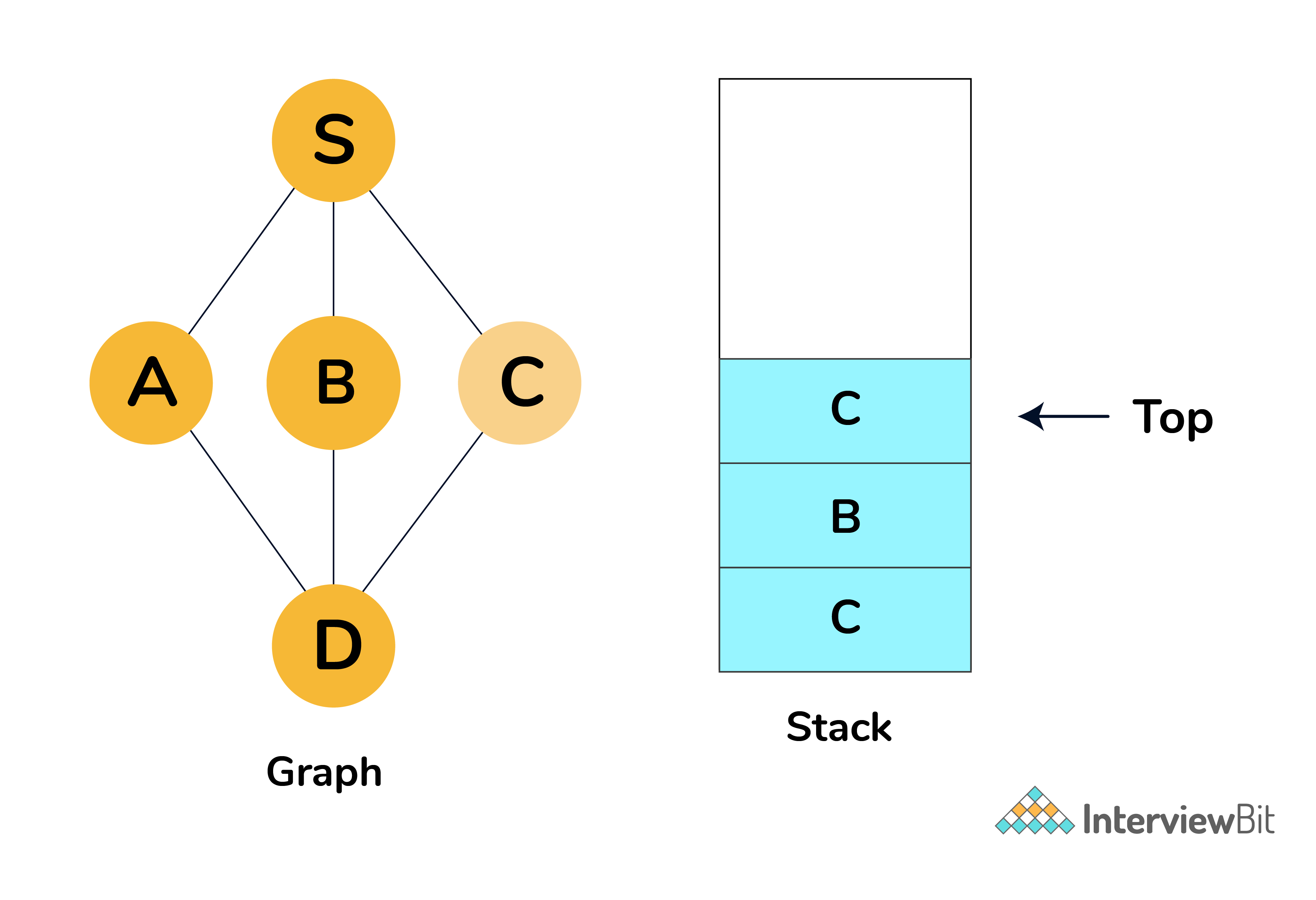 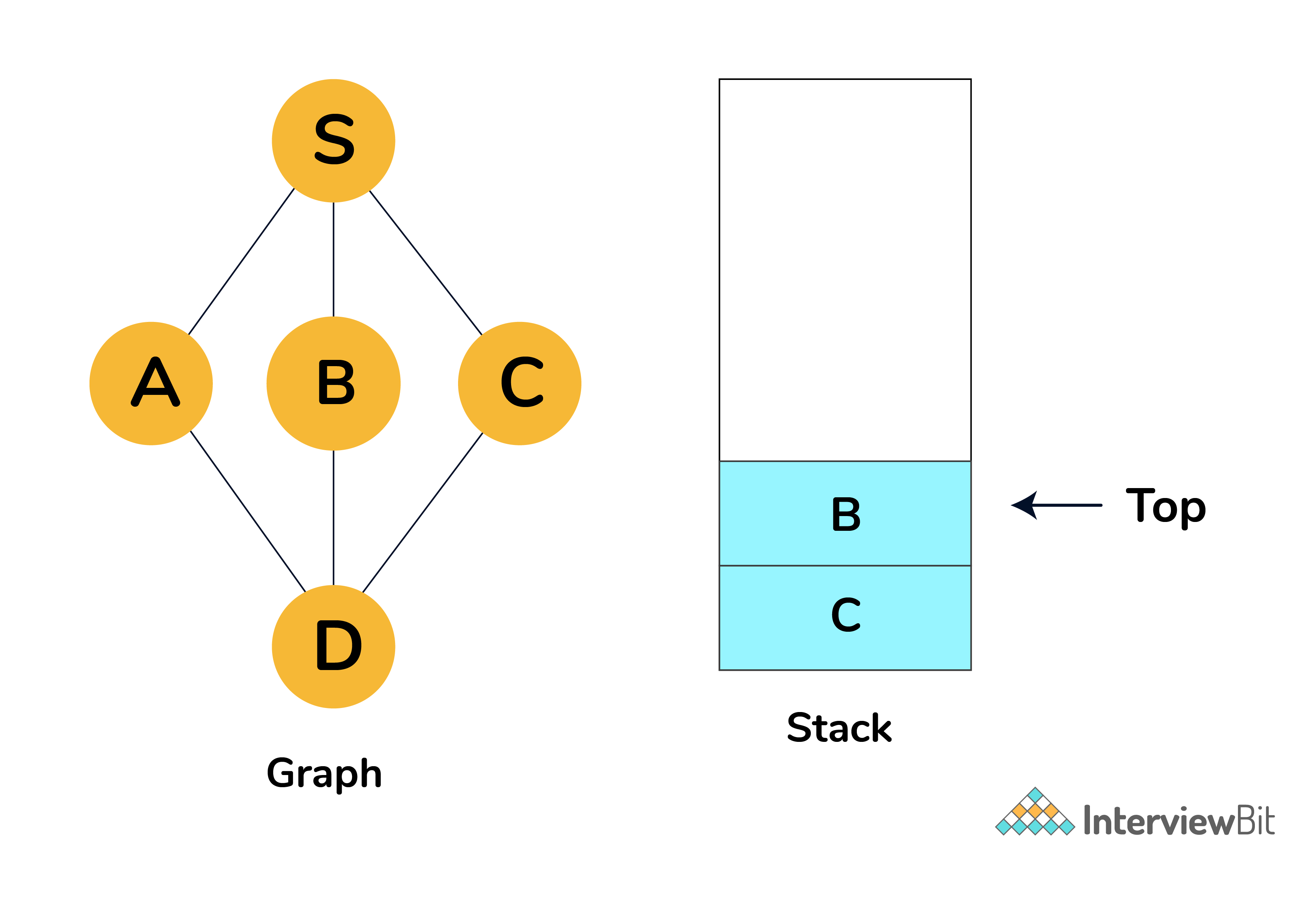 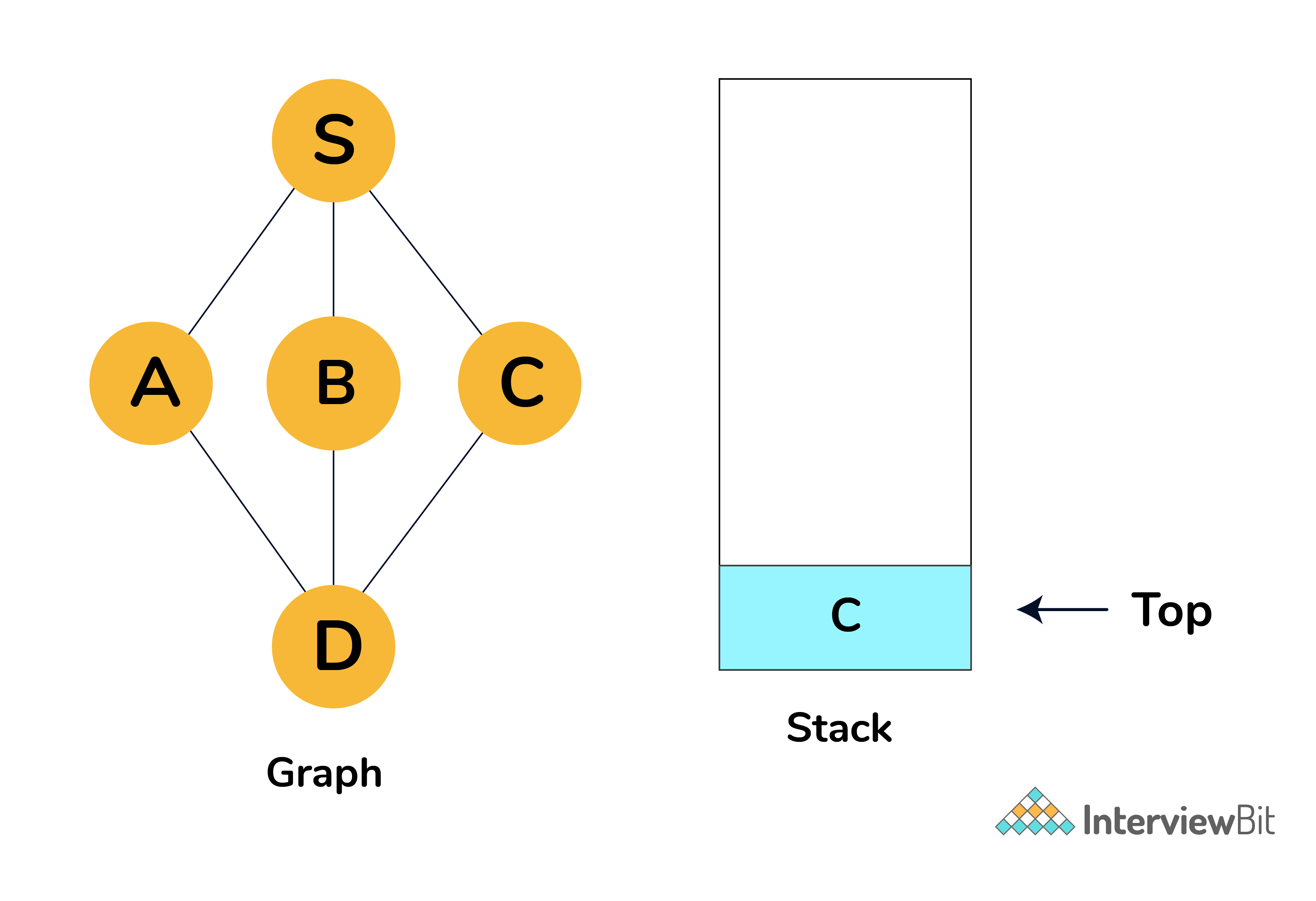 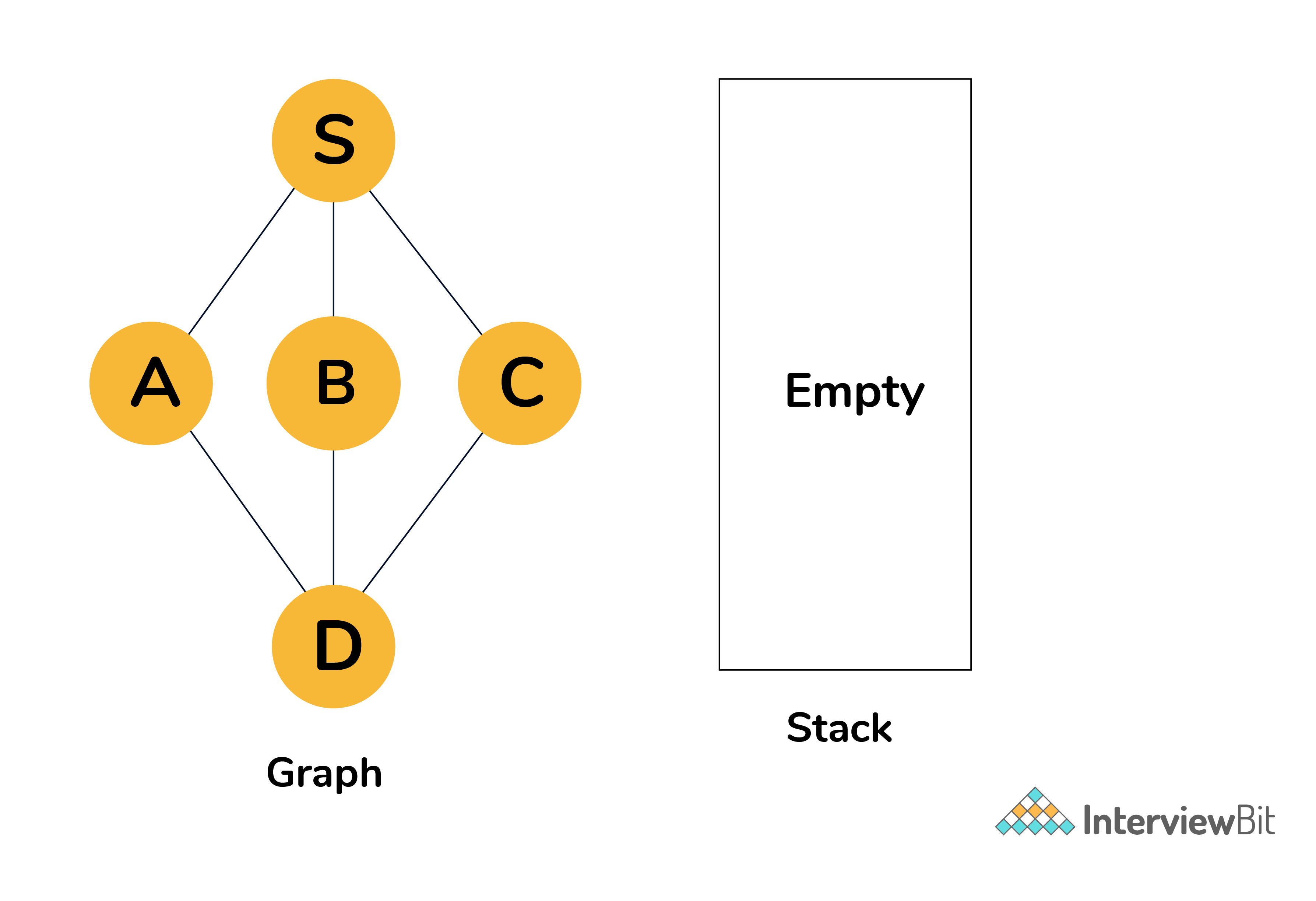 This is how a depth-first search works, by traversing the nodes depth-wise. We stop DFS and return true when we find the required node (key). We return false when we have not found the key despite of exploring all the nodes. 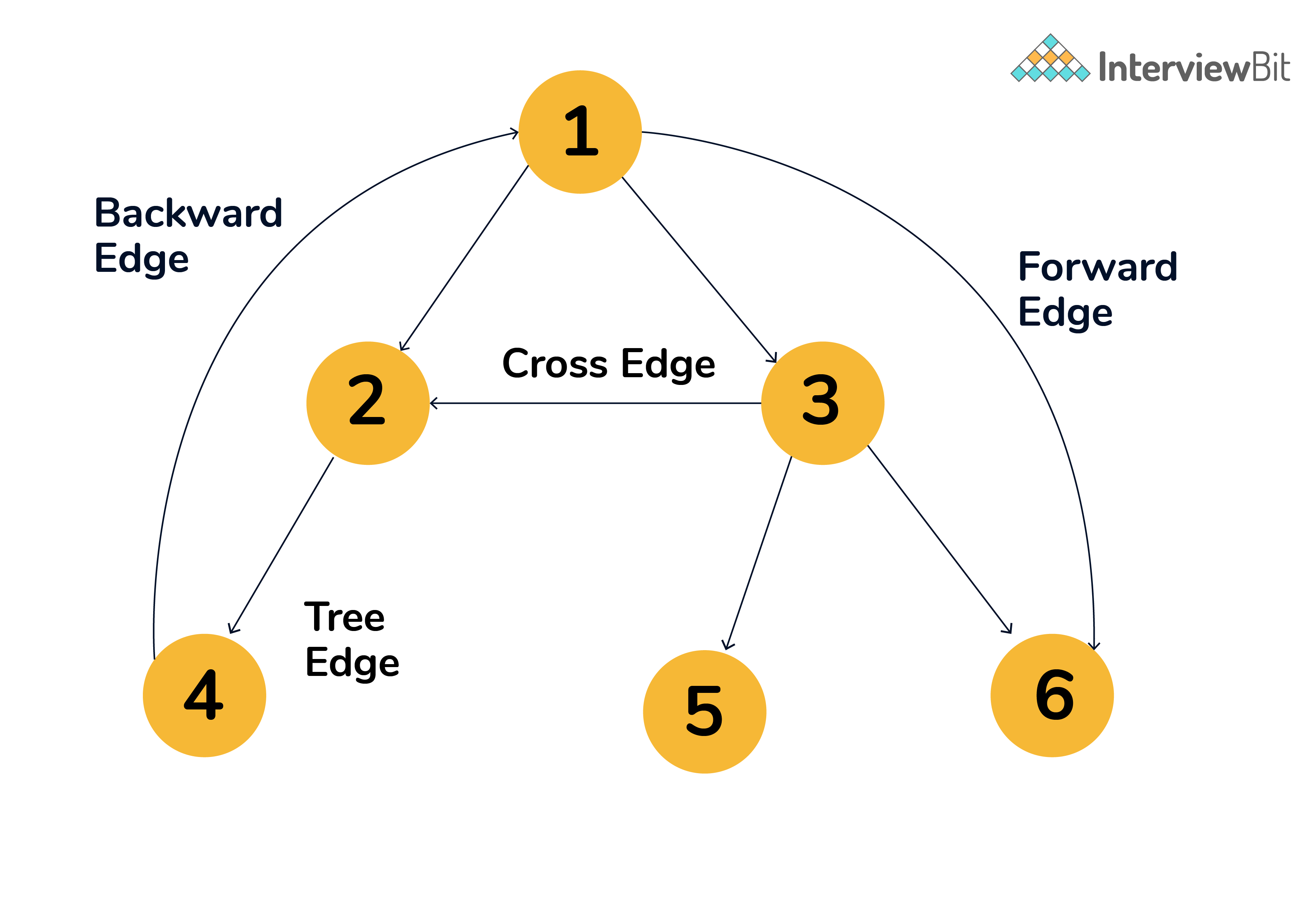